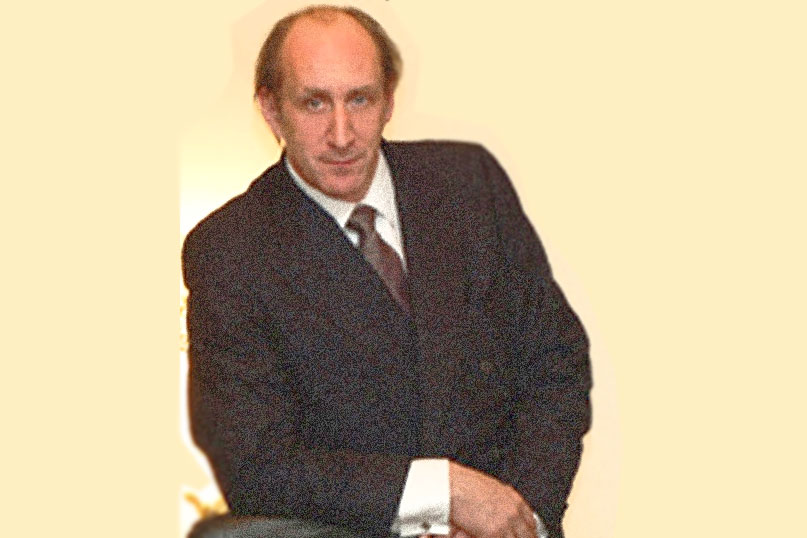 Motivated to solve many of the world’s biggest problems, the CEO of Enoil Bioenergies – a Swiss renewable energy and biotechnology company – Maurizio Caroldi, Italian, and Geneva resident, has been studying practical and sustainable solutions since 2001 to answer many of his concerns.

The main objective of Enoil Bioenergies is to create innovative solutions in the areas of food production, energy and transportation and it was through the production of algae that Mr. Caroldi found solutions to many global problems. In an exclusive interview to CHamBR, M. Caroldi shares his experience and his fascinating and disruptive algae project.

We live in a world where we consume more plastic every day. We no longer eat fish and, with the growing use of chemical products, there has been a growing appearance of new diseases, and others not so new but devastating such as cancer. It has been shown that each of us consumes about 120 grams of microplastic a year, says an outraged M. Caroldi”.

“In 2001 I began my search for global solutions through alternative energies. At that time, wind energy was already in use and algae began to be studied as a form of alternative energy. We have observed that algae have a very difficult membrane to break, which makes it difficult to extract its oil and makes it impossible to commercialize. With the objective of extracting oils for use in the production of biodiesel, we have solved this problem by working with genetically modified algae. With our technology, we can extract oil from seaweed in a very profitable way, which was previously impossible. It took many years of research to reach this solution, “says M. Caroldi with great enthusiasm. M. Caroldi adds that this is the only case in which he uses modified algae. All other products derived from algae are obtained in an absolutely natural way without the need for any genetic modification.

“By studying algae, we have also been able to observe everything that can be done with them and their potential remains impressive. Algae is very important for human consumption since it contains many proteins, vitamins and antioxidants.”

According to M. Caroldi, a microalgae tablet is enough to feed a person for a day. For example, with spirulina it is possible to produce food supplements of various types, such as chocolate bars or sports drinks.

Spirulina results from green or blue algae and is famous for being an important source of protein, vitamins and minerals. It stands out for its high nutritional value. Some experts recommend it as a form of nutrition or as a nutritional supplement, which can be used to prevent problems and illnesses, in addition to being useful for treatment in the event of pathologies such as diabetes.

M. Caroldi explains that we can also use seaweed to feed salmon, chickens, pigs and shellfish. This avoids the use of antibiotics and other harmful chemicals. From the algae Haematococcus pluvialis we can also extract astaxanthin, the most powerful natural antioxidant, 6000 times more potent than vitamin C, 500 times more potent than vitamin D. Astaxanthin is a caratenoid (organic pigment) that gives some animals a red color like flamingos, salmon or prawns. It is produced from microalgae which are part of the usual diet of these creatures. In turn, it is a powerful antioxidant that helps fight oxidative stress and has numerous health benefits for skin and cells.

From microalgae it is possible to extract active ingredients for the prevention and, in some cases, the treatment of cancer. You can also extract and obtain useful oils for human health such as Omega 3, 5 and 6, or you can extract oils with which you can produce excellent biodiesel and obtain natural pigments, which are dyes that can be used in biocosmetics or in the food industry, explains M. Caroldi.

In addition to all its qualities, algae can also be used to make bioplastic and biopackaging. “We also hope that, in the future, cellulose will no longer be needed and everything that paper production entails: production, deforestation and transport; and the cellulose used in the production of paper can be replaced by algae,” says M. Caroldi.

While he guides us through his high-tech laboratory and introduces us to the biologist responsible for programming the entire system, M. Caroldi states that he has one of the most advanced algae production systems in the world. “We can produce algae in a very safe way, without contamination and at pharmaceutical grade quality. Depending on the light frequency we can have one pigmentation or another. In addition, we have a highly advanced technological system that allows us to know exactly the quantity, quality and type that we can extract from algae annually.

M. Caroldi, ends the interview by sharing his desire that his algae production will reach all corners of the world and positively impact the lives of as many people possible in a practical and sustainable way.

By Daniela Mendez
Member, Board of Directors – CHamBR

Member, Board of Directors – CHamBR